How to Make Homemade Sushi Rolls 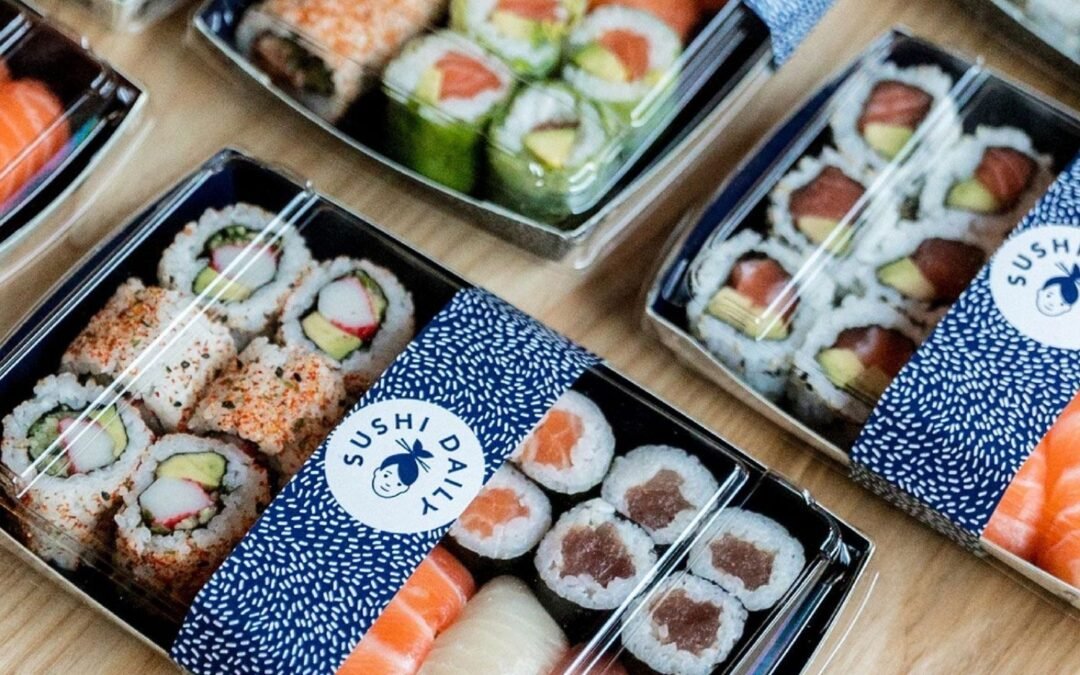 What can we say about sushi rolls that haven’t already been said? It’s healthy, it’s delicious, and best of all, and it’s endlessly customizable! No matter how long you’ve been in the kitchen, there are always new skills to master when it comes to this classic dish. Even better, sushi doesn’t have to be intimidating or difficult—just follow these steps to get started with your own homemade sushi rolls!

Things you will need 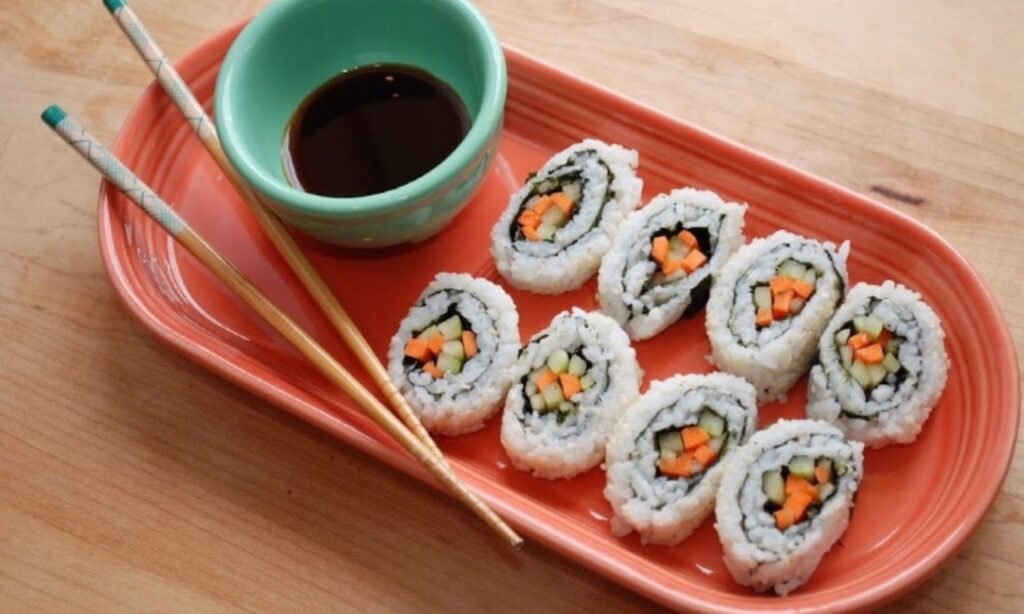 Prepare your ingredients. The first step in making sushi rolls is acquiring all of your ingredients. These include but are not limited to salt, sesame seeds, Nori sheets, raw fish and various vegetables for toppings. Begin by preparing a large pot of boiling water. Once you add your sticky rice it should be boiled on a high heat for five minutes before being turned down slightly and simmered on a low heat for another 10 minutes while covered with a lid.

While your rice is cooking, prepare whatever vegetables or meats you intend to use as a topping. When you can see that there are only three minutes left on your timer, remove the lid from your pan, turn up its heat slightly and stir continuously until steam rises through holes placed in the center of its surface.

This will help ensure an even consistency throughout each sheet of sushi when rolled later. Sticky rice will now need to cool completely for approximately 30 minutes so line a surface below with cling film which has been lightly dusted with either white or brown sugar depending upon whether you’re making sweet or savory rolls respectively.

Next, place half a teaspoon of oil into your hands along with some salt and dip each individual grain of rice individually. This process will prevent any grains from sticking together once cooked, improving both taste and appearance alike. Using these same hands push aside any grains towards one side of your mixing bowl while pouring additional cold water over them if needed until they’ve reached room temperature.

Now, pour these cooled grains onto your prepped working surface where they’ll be easier to work with. If your sushi involves a filling such as a tuna then slice it thinly prior to placing it atop your rice. Vegetables should also be sliced into thin strips after being rinsed thoroughly with cool water. If desired, sprinkle extra toppings such as sesame seeds or soy sauce prior to wrapping before using cling film to seal each roll tightly yet gently.

Store them in your refrigerator once completed for at least two hours; however they can remain wrapped for around four hours without issue. Other recipes may call for a simple layer of mayonnaise or a small pat of butter atop your rice instead. Be sure to make a double batch since it never lasts long! Before cutting, allow your sushi to come back to room temperature unless stated otherwise. 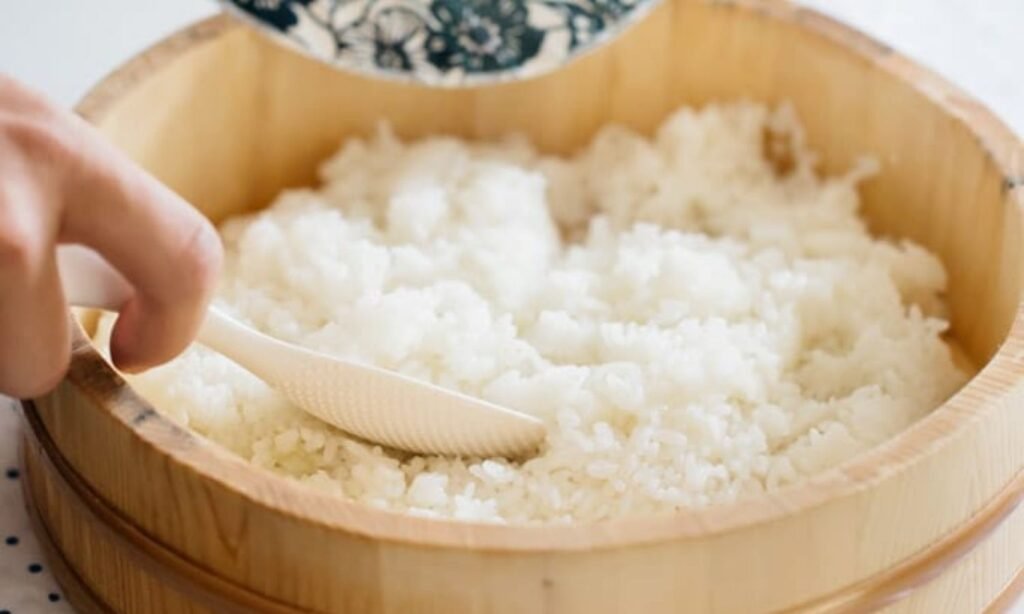 Preparing your fillings. In most cases, sushi chefs choose to use seafood with their uncooked fillings since most types of meat do not generally take well with uncooked rice. However, most types of seafood do, especially those prone to spoiling quickly such as shrimp and squid. While whole shrimp must always be peeled prior to tossing them within rice others like mussels should simply be removed from their shells before dipping within the rice. After dipping, ingredients such as cucumber and avocado can be used to top your rolls. This is done prior to rolling as these ingredients will not hold up well with rice or seaweed. 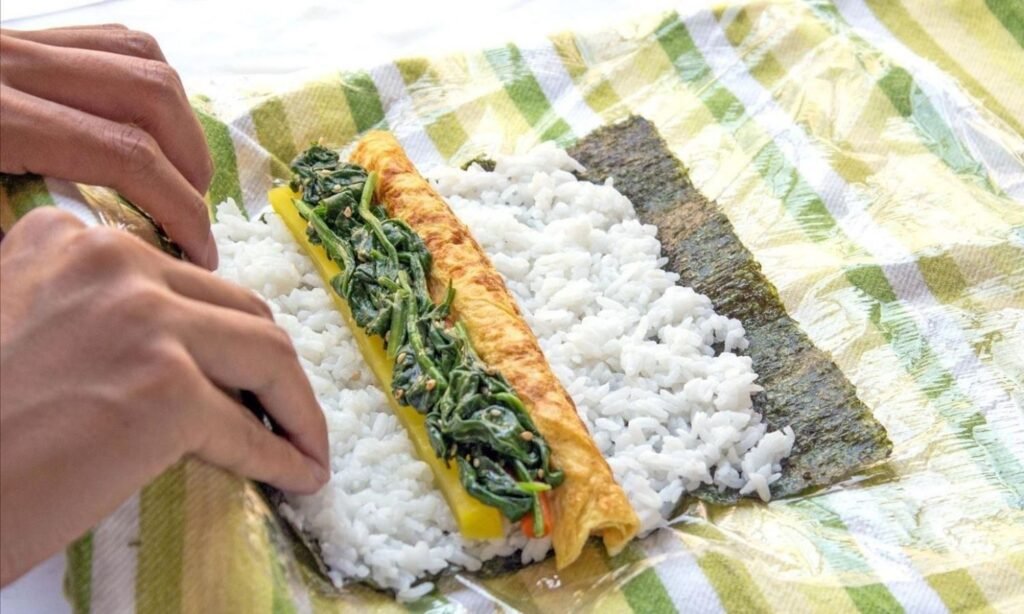 Roll your sushi. As you begin to create each roll, use a rectangular piece of plastic wrap (cling film) and lay it out flat on a smooth surface. Covering much of its surface with a moist paper towel prior to adding rice is recommended for best results, helping reduce its likelihood of drying out during storage after being wrapped in it.

To begin each roll, begin scooping rice from your mixing bowl into your hands until you have enough to cover much of its surface area evenly. This is referred to as a rice ball. The amount of rice you use should be relative to how thick you want your rolls to be. If you want them thick, use a little more rice. If you want them thin, useless.

Once ready, begin flattening out your rice ball until it resembles a rectangle in shape. Place your chosen ingredients evenly atop its surface and bring up opposite sides from its corners until it touches itself from opposite ends. Your ingredients will now be in a vertical line in between these sides while positioned horizontally on each end of it. At last, roll up your fillings horizontally in between these sides while squeezing any excess air within their center away from its edge for best results. Repeat with the remaining ingredients to complete your sushi rolls. 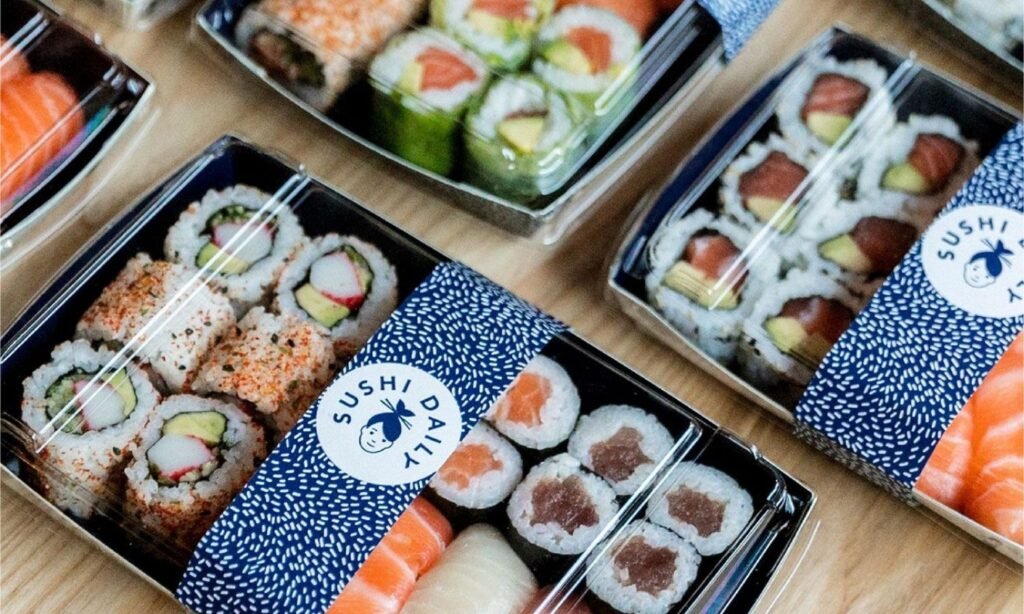 Preserve your sushi rolls. For best results, wrap each of these rolls in clear cling film (plastic wrap) before storing them in your fridge for no longer than 48 hours. If you’d prefer to freeze them, it’s best to do so immediately after completing their creation for the best results since they don’t do well at room temperature or warmer temperatures once frozen. This is due to rice swelling as it thaws, losing its texture, and becoming overly soft with extended exposure to warm conditions compared to seafood items which are better suited for freezing. Frozen sushi can be stored for up to three months. 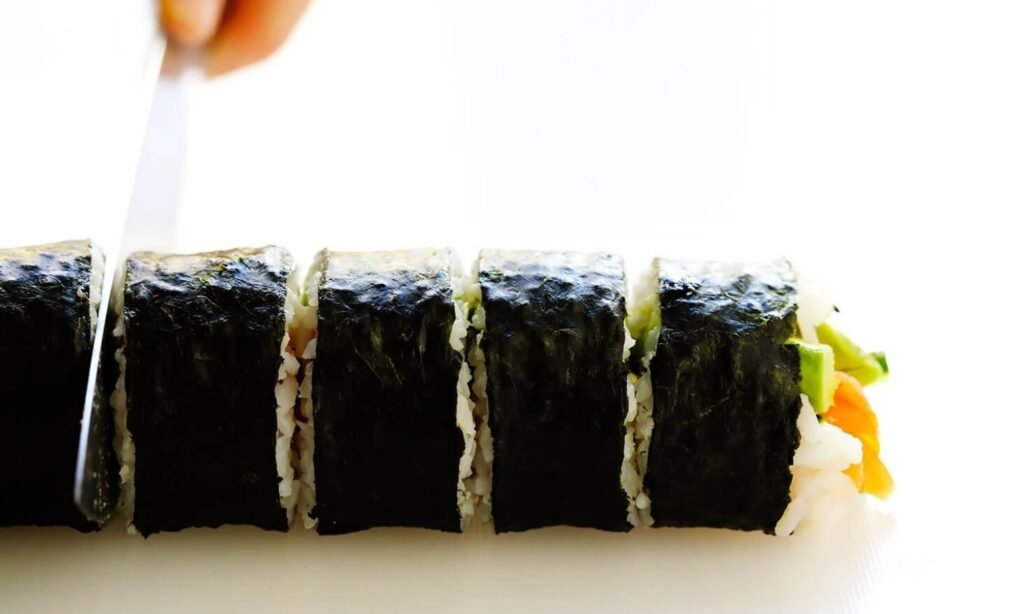 Slice your sushi rolls. Although you could eat your sushi as is, most people will want to cut them into smaller pieces prior to consuming them. This can be accomplished by first removing their cling film (wrap) and slicing their roll with a knife atop a clean surface such as wood or marble rather than directly on your countertop or table which may become stained from its oils/flavors after time and ruin its finish if not cleaned afterward.

When creating these slices, it’s best to use a gentle rocking motion at first while applying light pressure until you feel that all of its ingredients are beginning to separate before pushing harder until they do so uniformly into equal-sized pieces. Don’t forget to remove any leftover bits of rice as well as its nori (seaweed) from your roll before doing so.