Cast Iron Skillets How to Use and Maintain

Cast iron skillets have been used in kitchens for decades. However, their popularity has fizzled in recent years, because people believe they are too difficult to keep clean. Well, we happen to think foods taste better when they are prepared in cast iron skillets. Therefore, we are more than happy to maintain our cast iron skillets!

How to Use and Maintain Your Cast Iron Skillet

Cooking with Your Cast Iron Skillet

When you take your cast iron skillet out of storage, you will need to adjust your cooking methods. It is best to allow the heat to build up slowly in your skillet before you even consider adding food to it. Slowly building the heat will ensure your food doesn’t burn or stick to the pan.

It is also important to note that your entire cast iron skillet will become hot when you are using it.

This means you should not even attempt to touch the handle without using a hot pad. You will also want to steer clear of making tomato-based and lemon-based dishes in your cast iron skillet until it is completely seasoned. And even then, you will want to be cautious, because lemon and tomato-based products can break down the seasoning of your pan rather quickly. 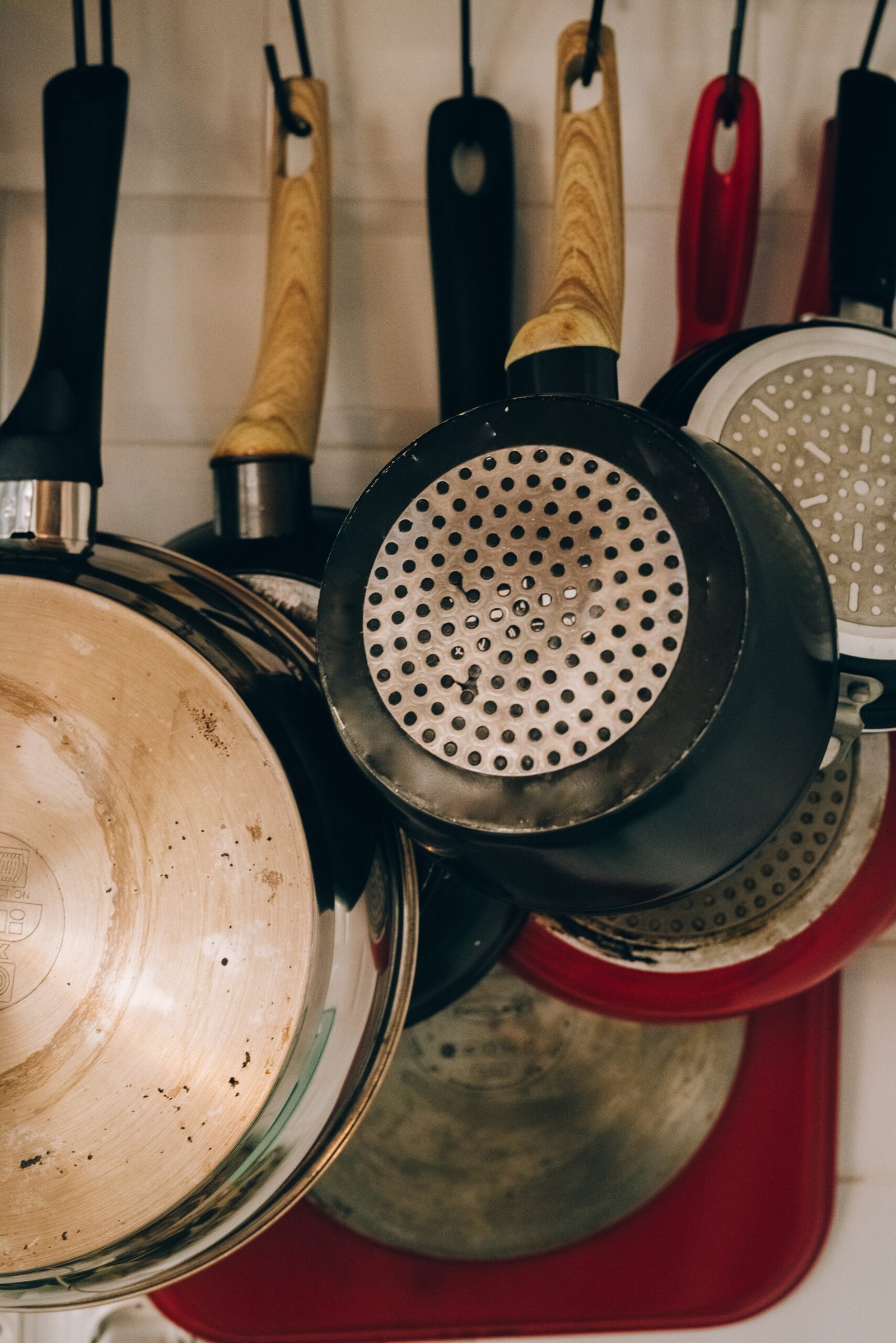 It is best to clean your cast iron skillet when it is still warm. Simply fill the skillet with hot water and scrub away any residue by using a sponge or stiff nylon brush. When the food is removed, you will rinse the skillet by using warm water.

If you cannot get certain stuck on foods off your skillet, you can add some kosher salt and a little water to the pan. This will make a paste that will allow you to remove any stuck-on residue.

As soon as your cast iron skillet is clean, you must dry it completely. You won’t get your skillet completely dry with a towel, so it will be necessary to place it on a burner turned to low. If you do not remove all the moisture from your pan, rust will form, and you will need to work hard to restore your cast iron to use it once again. 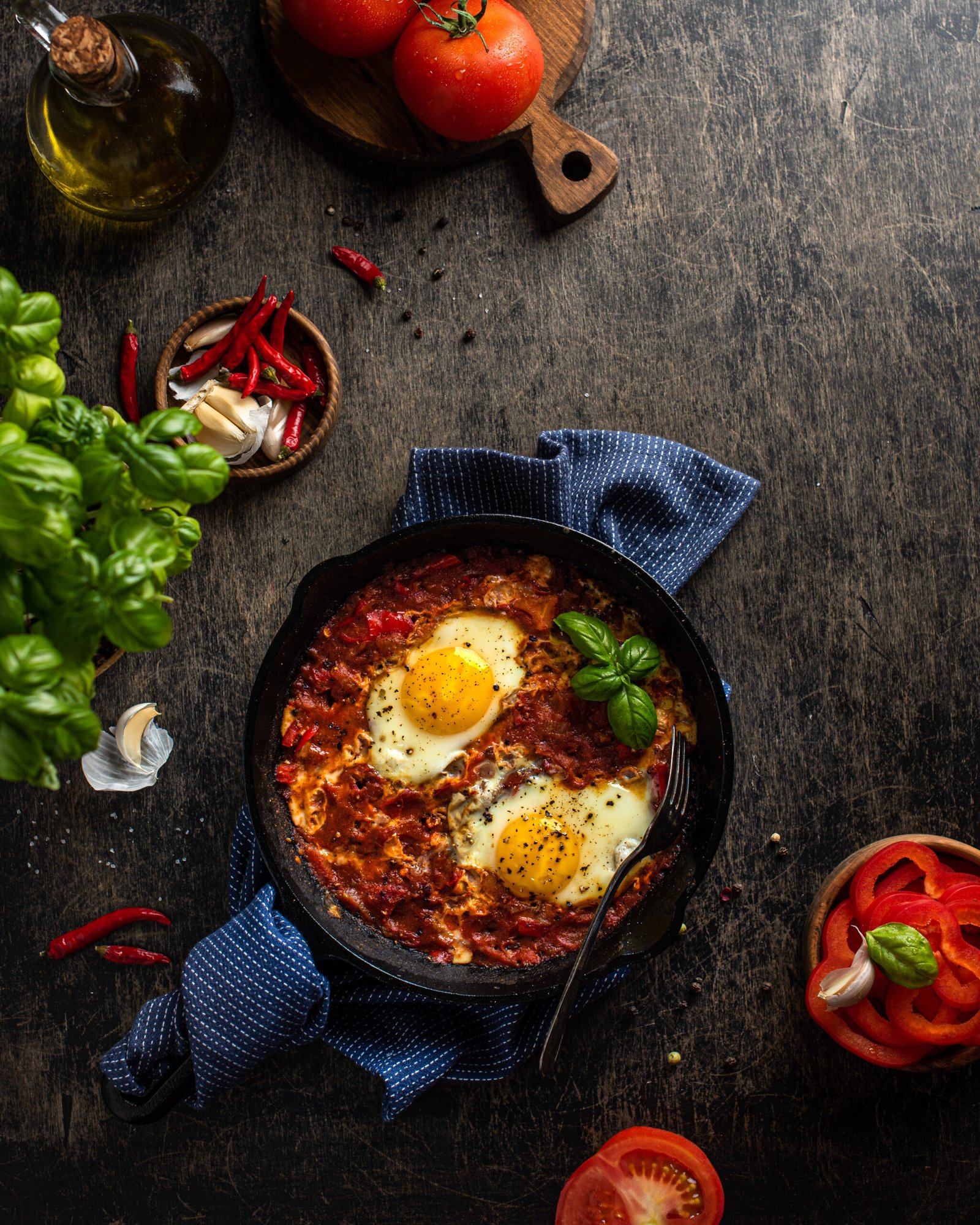 It can take some time to season your cast iron skillet. Most cast iron skillets state they are pre-seasoned when you purchase them. However, that level of seasoning is not usually the quality you want for a pan you will be using quite often.

When it is time to season your cast iron skillet, or re-season it, all you need is a little oil and heat. Everyone seems to have their own preference when it comes to the oil that is used. We prefer vegetable or canola oil when it comes to seasoning a cast iron skillet. However, you can also use vegetable shortening, olive oil, butter, shortening spray, flaxseed oil, and even bacon fat. No matter what type of oil you use, the seasoning process is the exact same.

Simply place the oil in your cast iron skillet and rub it around the inside and outside of the pan. Every inch of the surface should be covered in oil. Any excess oil should be wiped off, so there is only a thin layer around the skillet. Once your cast iron skillet is oiled, you must place it upside down in your oven. Turn the oven on to 375 degrees and bake for an hour.

To prevent oil from dripping down to the bottom of your oven, we recommend placing foil on the shelf below your skillet.

After an hour, turn your oven off and let your skillet sit in the oven until it is cool. You may need to repeat this process a few times to get the glossy look you are looking for on your cast iron skillet.

The more you use your cast iron skillet, the more seasoned it will become. There may be times though when your skillet does lose its seasoning. You will know when that happens, because food will start to stick when you are cooking. Of course, you must also re-season your cast iron skillet if it gets rusty or simply looks dull instead of shiny.

We feel it is always better to re-season our cast iron skillets as soon as we notice a little bit of rust, or the skillet appears dull. We never like waiting until foods begin to stick to the skillet, because it is a lot more work to remove that stuck-on food.